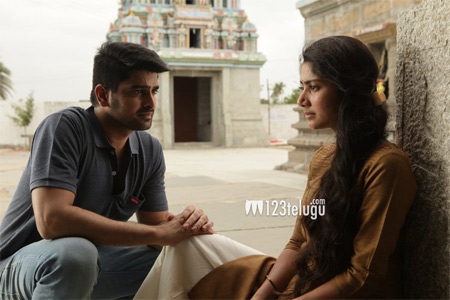 Last week, the audio launch event of Naga Shaurya and Sai Pallavi-starrer bilingual horror drama, Karu (Kanam in Telugu), was held in style. Now, the makers will organize a grand pre-release event for the Telugu version on March 5 in Hyderabad.

Kanam and Karu were supposed to release on March 3. However, the theater strike has disrupted the plans. A new release date will be announced at the pre-release event. Sai Pallavi plays mother to a 4-year-old girl in this emotional thriller.

Popular Tamil director AL Vijay has directed the movie and Lyca Productions banner has bankrolled it. Sam CS is the film’s music composer.