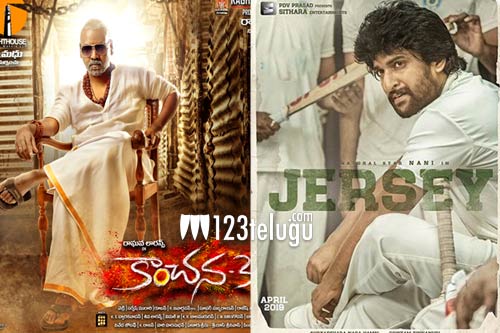 Choreographer-director Lawrence’s Kanchana series is quite sought after. With Muni, Kanchana and Kanchana 2 being certified hits with the audience loving the film’s as well, the next film in the series, Kanchana 3, is set to hit the screens on April 19.

The film’s in line for a clash with actor Nani’s Jersey and it is to be seen if this film has an effect on the Telugu actor’s movie.

Notably, Jersey hasn’t garnered a great pre-release buzz but expectations are high with the genre of the film being distinct. Kanchana on the other end already has a fan base in place and would probably easily attract audiences. Time will tell if the audience is going to lap up both the films or if one will emerge a winner.