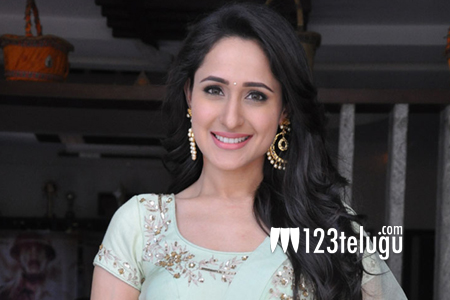 After making her debut in Telugu film industry with Mirchi Lanti Kurradu, young actress Pragya Jaiswal gained prominence with Varun Tej’s Kanche. She was lauded for her gorgeous looks and decent acting skills. According to the latest buzz, Pragya is in talks for Nagarjuna’s next film based on the life of Hathiram Baba.

Apparently, the film’s director K Raghavendra Rao was highly impressed with Pragya’s performance in Kanche and the actress is said to be under consideration for the female lead’s role. However, we will have to wait for an official confirmation in this regard.

The shooting will commence from June and a formal launch will take place very soon.