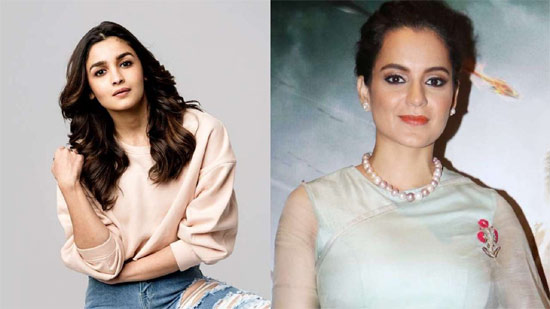 Alia Bhatt has made news all over for her role in Gangubai Khatiawadi. The film will be out soon and Alia’s dialogues in the film have gone viral.

So many Insta reels and memes are being made on social media. A few days back, a small girl dressed like Alia mouth her dialogue which has gone viral.

This has not gone well with Kangana Ranaut who says that a case should be filed against the parents of the kid for allowing her to imitate a sex worker.

“Government should take action against all the parents who are sexualizing underage children for money to promote biopic of a famous prostitute and pimp who supplied girls to former Prime Minister Jawaharlal Nehru and rose to power…request @SMRITIIRANIOFFICIALJI Minister of Women and Child development, please look into it”. She further added saying, “should this child imitate a sex worker with a beedi in her mouth and mouth crude and obscene dialogues? Look at her body language, is it okay to sexualize her at this age? There are hundreds of other children who are being used similarly @SMRITIIRANIOFFICIAL” she posted.