Kangana Ranaut starrer Queen to be remade in Telugu
Published on May 8, 2014 2:02 am IST 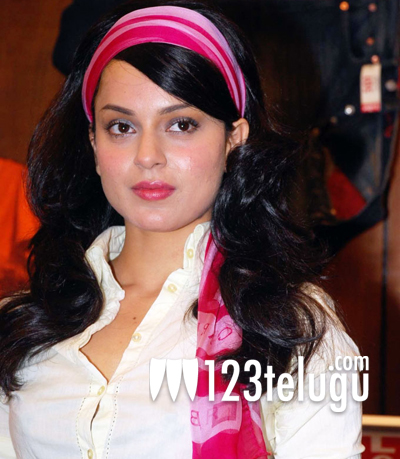 Kangana Ranaut starrer Queen, which turned out to be a huge critical and commercial success earlier this year, is all set to be remade in Telugu. Although there were rumours soon after the film’s release about a possible Telugu remake, it’s only now that the producers of Queen have confirmed the news.

The cast and crew hasn’t been finalized yet and it remains to be seen who gets a chance to reprise Kangana Ranaut’s role in the Telugu version. The film narrates the story of a young woman from Delhi, who ends up going to Europe after her wedding is called off at the last moment and how she finds happiness again. The makers of Queen are confident that the film will work no matter in which language it is remade in since the story is universal.

The last Hindi film to be remade in Telugu was Kahaani. Despite riding high on big names including Nayanthara and Sekhar Kammula, Anaamika, the Telugu version of Kahaani, didn’t quite work at the box-office. It’ll be interesting to see how the story of Queen’s Telugu remake unfolds in near future.