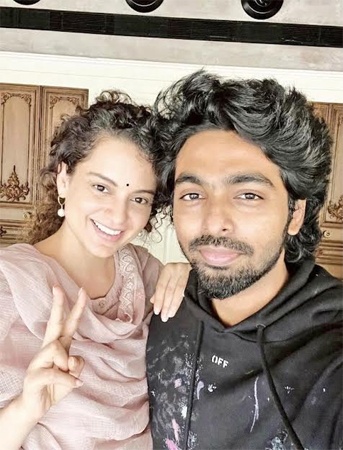 Bollywood actress Kangana Ranaut was last seen in Dhaakad. The film failed at the box office and will make its OTT debut on July 1, 2022. Now, the actress has collaborated with a Kollywood composer for her next.

The news is that the music director-turned-actor GV Prakash Kumar took to social media and announced that he is onboard for the most ambitious project of the actor. He met her and later posted a selfie to announce the above-said news.

It is clear that the yet-to-be-announced film will be produced by Manikarnika Films. More details of the project will be announced in the coming weeks. Keep watching this space for more interesting updates.