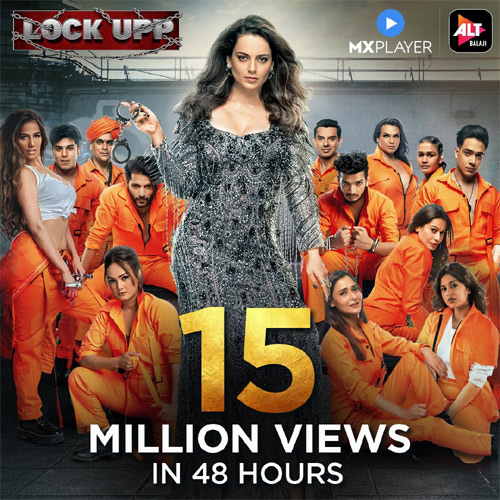 It is a known fact that Kangana Ranaut has made her OTT debut with a reality show called Lock Upp. The show was premiered on Sunday and has made quite a solid start.

As per the news, the show has clocked 15 million views in just 48 hours which is huge. In the trailer, Kangana was shown in the backdrop of a jail and all the contestants are in handcuffs.

The show is the Indian version of the famous English show Temptation Island. This show is being brought to us by star producer Ekta Kapoor and is streaming on MX Player and Alt Balaji.