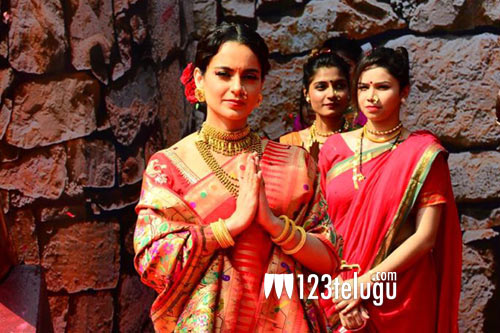 Speaking at the event, Kangana disclosed that she has directed seventy percentage of the film which involved crucial episodes and war sequences. This comment of her surprised many in the media.

Initially, the film started under the direction of Krish who opted out of the project to takeover NBK’s prestigious film NTR.