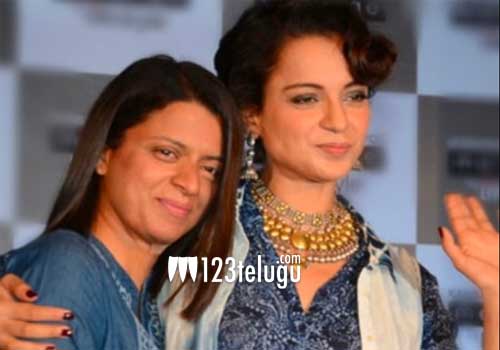 Kangana Ranaut is a very controversial actress and mouths some of the boldest things in the media about other stars and the film industry.

Not many know she has a sister called Rangalo Chandel who is also her manager. She is famous on social media for taking digs at many actors and in general about specific people.

She recently, made news when she tweeted some controversial statements about shooting all those who are attacking the doctors. This did not go well with Farah Khan Ali, daughter of Sanjay Khan the actor.