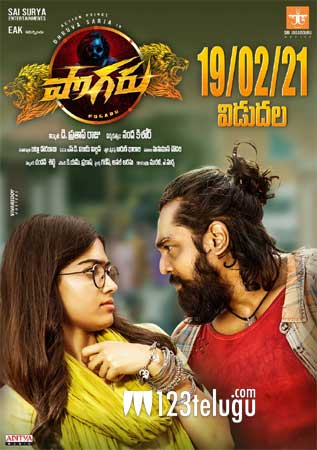 Pogaru is the much awaited film in Kannada. The film is being dubbed in Telugu with the same title and the makers today have revealed the release date of the masala entertainer.

The update is that the film will be out on the 19th of February in a grand manner. The film is a mass masala entertainer and showcases Dhruv as a rugged mass guy. Rashmika is shown as the love interest of the hero.

Not many know but the film has been shot mostly in Hyderabad. For now, this Kananda project has managed to evoke enough vibe and we need to see how the audience reacts to it at the time of its release.