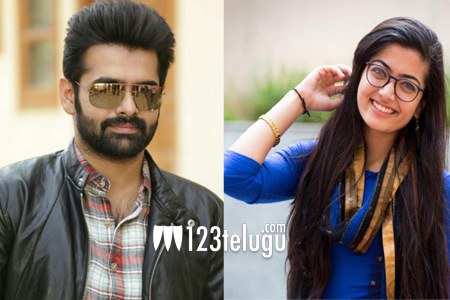 It is a known fact that Ram is currently working in the direction of Trinadh Rao. The shooting of the film will start soon and the latest we hear is that Rashmika will be playing the female lead in the film.

Rashmika will be making her debut in Telugu with Naga Shourya’s Chalo which has also created a huge buzz all over. The film will be yet another mass entertainer and noted producer, Dil Raju is producing this film.

Ram was last seen in Unnadi Okkate Zindagi and will portray a mass role in this film.