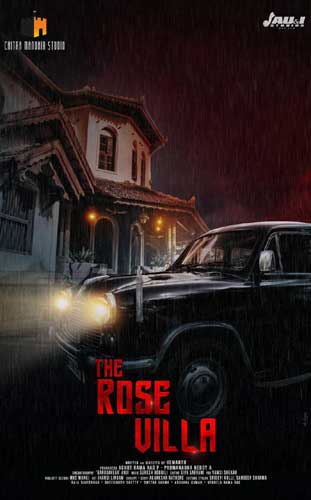 Released earlier this year, Sandalwood’s heart-touching romantic drama, Dia, went on to become a huge success. Now, one of the film’s heroes, Dheekshith Shetty is gearing up for his Tollywood debut.

Dheekshith’s maiden Telugu film is a crime thriller, titled The Rose Villa. The film’s pre-look poster has been released this evening, The film also features Archana Kumar and Swetha Varma as the female leads. Tollywood character artiste Raja Ravendra will be seen in a crucial role.

Debutant Director Hemanth is directing The Rose Villa and Achut Rama Rao and Padmanabha Reddy are producing the film. The makers are planning to release the film in both Telugu and Kannada simultaneously.