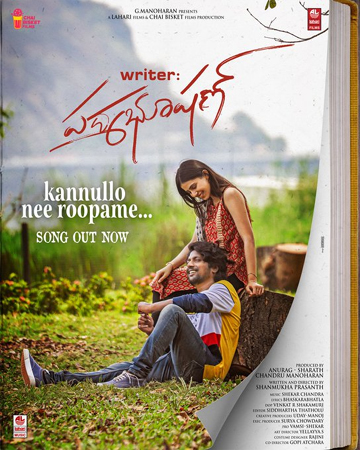 Actor Suhas who scored a decent hit with his debut movie Colour Photo is now coming up with another movie as the lead. Titled Writer Padmabhushan, the movie is written and directed by Shanmukha Prasanth.

The makers have released the first single from the movie today. Titled Kannullo Nee Roopame, the song, composed by Shekar Chandra sounds is euphonious. The love track is crooned by Dhanunjay Seepana in a lovely way. The romantic track will be a hit for sure. Bhaskara Bhatla has penned the lyrics for this lovely track.

The movie has Tina Shilparaj as the lead actress. Having Rohini and Ashish Vidyarthi in key roles, the movie is bankrolled by Chai Bisket Films and Lahari Films. The makers will announce the release date of the movie very soon.