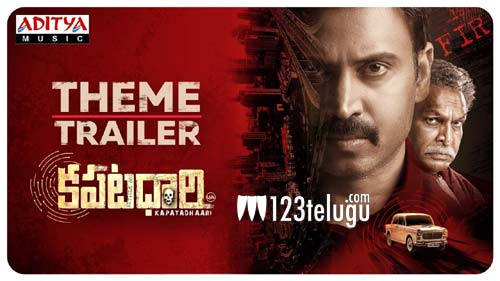 Sumanth’s Kapatadhaari created curiosity among the audience with its intense first look teaser. Touted as a mystery thriller, the film has wrapped up its post-production formalities and will release on the 19th of this month.

Meanwhile, the makers released the trailer of the film today and it looks pretty interesting. Sumanth is seen as this traffic cop who gets into the investigation of murder but things change as a big crime mafia is behind it.

All this has been showcased well in the trailer through a gripping BGM. The crime angle and suspense factor look good in the film and Sumanth being a small-time cop investigating the case looks interesting.