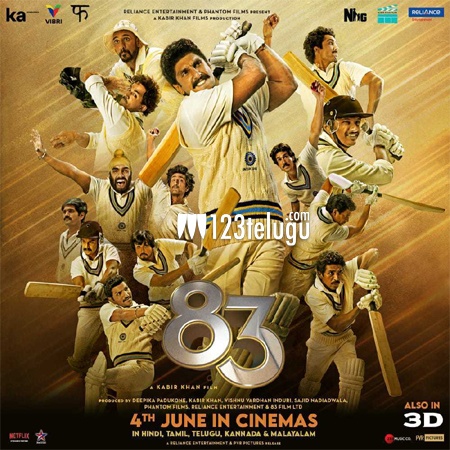 A pan-India biopic on legendary Indian cricketer Kapil Dev has been in the making for the last 2 years. Starring Bollywood star Ranveer Singh as Kapil Dev, 83 showcases how the Kapil Dev-led Indian cricket team had clinched the ICC World Cup in 1983.

83’s team today announced that the film will be releasing in cinemas across the world on June 4. 83 will have a wide release in Hindi, Telugu, Tamil, Kannada and Malayalam. Ranveer’s wife and star heroine Deepika Padukone will be seen essaying Romi Dev, Kapil Dev’s wife, in 83.