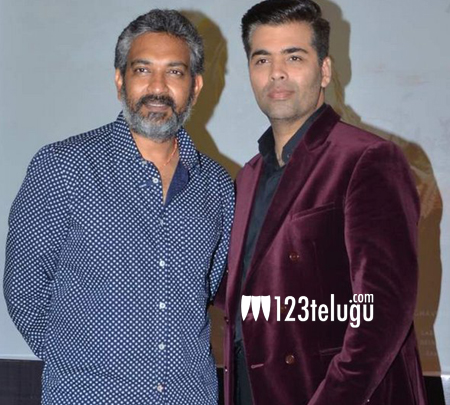 Rajamouli was recently in Mumbai for the launch of the second song from Baahubali. He was accompanied by ace director Karan Johar who is presenting Baahubali in Hindi.

Speaking about the ace director, Karan said that Rajamouli is the best director in India and he admires and follows his work big time. Meanwhile, Baahubali is set for a mammoth release on the 10th of July.