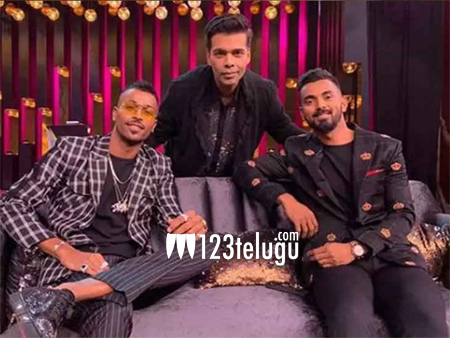 For the first time since the Koffee With Karan’s episode with cricketers Hardik Pandya and KL Rahul turned controversial, the chat show’s host Karan Johar opened up about how he felt about the issue. Speaking to a prominent channel in Davos, on the sidelines of World Economic Forum summit, Karan said that he regretted the flak that the two cricketers received after the show.

“I’m not justifying the conversation that happened on the episode. I’m saying that perhaps things were said that may have crossed boundaries and I apologise because it was my platform where it happened,” Karan Johar said. He also added that he had several sleepless nights about how he could undo the damage.

Karan also stated that the whole show is run by women, and even after filming the episode, none of them said that they found the comments to be inappropriate. “I have no control over the answers that come my way. I have asked similar questions to actresses like Deepika and Alia too. The show is sometimes borderline ridiculous, candid, and stops making sense. I don’t do it for ratings,” the director added.