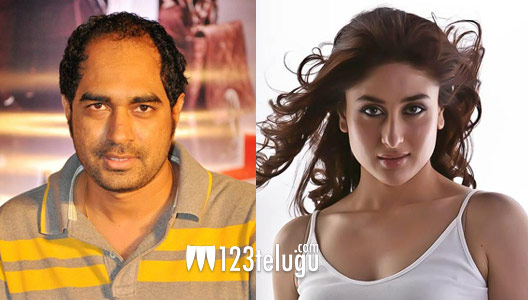 Krish Jagarlamudi who has earlier directed ‘Gamyam’ and ‘Krishnam Vandhe Jagadhgurum’ is right now busy with the pre-production work of his maiden Hindi film titled ‘Gabbar’ with Akshay Kumar in the lead role.

News is that Kareena Kapoor has been roped in to play as one of the heroines in the movie. This movie is the remake of Super hit Tamil cinema ‘Ramana’ which was also remade in Telugu as ‘Tagore’. Kareena will be playing the role of Jyothika in the Telugu version. Sanjay Leela Bhansali is the producer of this film and the movie will go on floors soon.