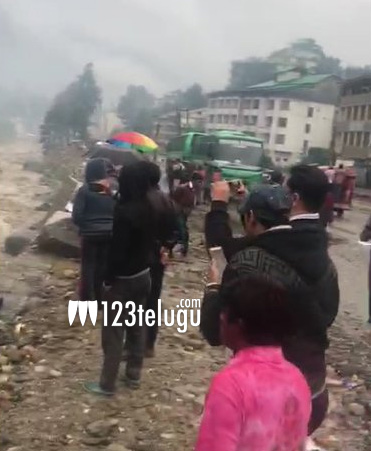 Post the success of Chinna Babu, Karthi is working on a film called Dev which is an adventure thriller. The shooting of the film is going on in Kulu Manali from the past few days.

Sadly, the film’s shoot has been stalled since yesterday because of the heavy floods that have created a havoc in that area. What’s even worse is that the entire team has been stuck at the location with no food.

Relief activities have slowly begun in that area and the team is expected to reach safety by today evening. The news is that the producer has incurred a loss close to one crore because of these rains. Rakul Preet Singh plays the female lead in this film.