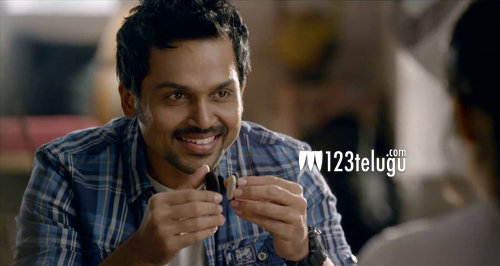 Hero Karthi, brother of hero Surya and well known hero in both Telugu and Tamil markets, has suffered from food poisoning and he had to be admitted to a hospital because of this. The actor was given the appropriate treatment and he is safe now.

Karthi is very fond of Biryani and he will be missing the Ramdan biryani because of this bout of food poisoning. The actor reached out to his fans and thanked them for all the wishes and concern about his health.

Karthi is going to be seen in the film Madras later this year.