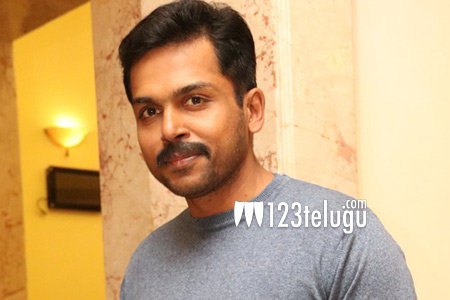 Tamil star Karthi’s latest costume Dana, Kaashmora, released yesterday to a thumping response from fans in Tamil Nadu and the two Telugu states. The film is doing quite well at the box-offices in these three states.

Expressing his happiness over the film’s success, in a media interaction, Karthi opened up about the Diwali competition with Dhanush’s Dharma Yogi, which also opened to positive response today.

Karthi said this he is not competing with anyone and that his competition is only with his previous release as his main aim is to better his previous film.