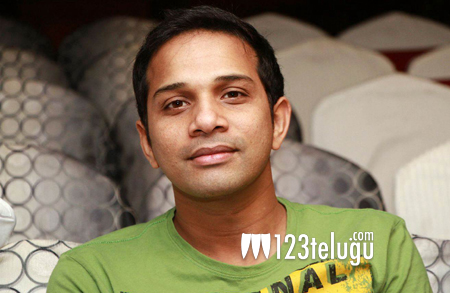 Playback singer Karthik is well known for his melodies like ‘Arey re Arey re ‘ from Happy Days and ‘Nijanga Nenena’ from Kotha Bangaru Lokam. He has already sung over 1000 songs in multiple languages. He also made his debut as a music director in Telugu with Nara Rohit’s ‘Okkadine’.

Recently , he has given voice to a song in ‘Baahubali’ . He was very happy with the output and posted the excitement on his twitter page.

M.M . Keeravani is the music director for this high budget flick which is being directed by ace director S.S. Rajamouli. The movie is nearing completion and the first part is expected to hit the screens in May.