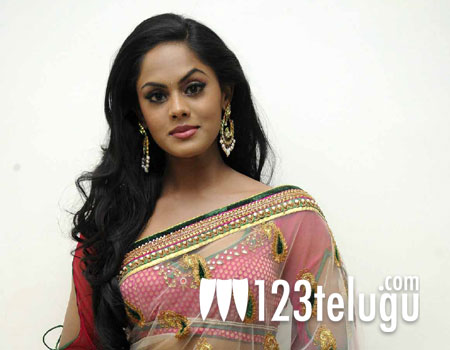 Karthika Nair, the elder daughter of former actress Radha, is all set to make her comeback in Telugu cinema after a gap of close to two years. She was last seen in Dhammu, in which she played one of the lead roles along with NTR and Trisha. Last year, she had signed a Telugu film to be directed by Chinni Krishna and she has finally joined the sets of the film.

Terming her role in this untitled film as ‘amazing’, Karthika said that she’s quite excited about the film. The principal shooting is currently going on in Ramoji Film City, Hyderabad. Till recently, the actress was in North India where she had been shooting for her upcoming Tamil film Purampokku, starring Arya and Vijay Sethupathi.

Chinni Krishna had earlier directed Nikhil starrer Veedu Theda. More details about this film are expected to be revealed soon.