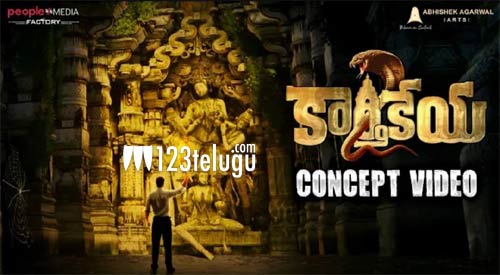 Finally, Karthikeya 2, the much-awaited sequel to Nikhil and Swathi’s 2014 hit socio-fantasy drama Karthikeya, is all set for a grand launch in the temple town Tirupati tomorrow. On this occasion, Karthikeya 2’s team released a special concept video to explain the film’s backdrop.

Interestingly while Karthikeya was set in the modem times, Karthikeya 2 is set in the Kalyug and dates back to 5118 years from now. The film is all about the hero’s quest to find a mysterious secret and prevent evil people from using it against the mankind. The unique backdrop and the drama the teaser promises raise the expectations on the movie.

Chandoo Mondeti is directing Karthikeya 2 and People Media Factory and Abhishek Agarwal Arts banners are bankrolling the film. The makers are yet to announce the film’s leading lady.