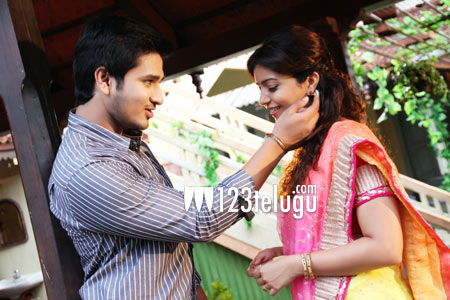 Nikhil and Swathi’s supernatural suspense thriller, ‘Karthikeya’ will celebrate its audio launch on the 27th of this month. The film’s audio album has been composed by Sekhar Chandra. ‘Karthikeya’ was shot simultaneously in Telugu and Tamil and the film has been directed by Chandoo Mondeti, who is making is debut.

The film is in the final stages of post-production and a release date will be announced soon. The first posters have managed to create a decent impact for the film and Nikhil is pairing up with Swathi once again, after the success of ‘Swamy Ra Ra’.

The film is being produced by Magnus Cine Prime Ltd and Srinivas Boggaram is the producer.