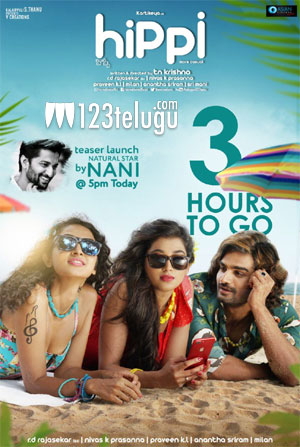 Karthikeya stunned everyone with his role in RX100. The manner in which he shared a sizzling chemistry with Payal Rajput and won good applause brought him many films in his kitty.

Now, he has continued his bold roles for his new film Hippi as well. The teaser of the film was released today and the young hero looks quite funky in his role.

He has indulged in a lot of lip-locks in the film which have gone viral now. The film is said to be yet another bold romance involving two heroines. Kalaipuli Thanu is the director of Hippi.