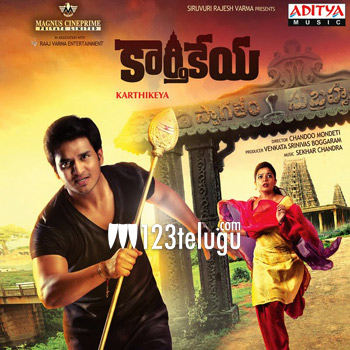 Hero Nikhil is beaming with pride as his latest film Karthikeya has been declared a super duper hit. Directed by Chandoo Mondeti, this film has the hit combination of Swathi and Nikhil as the main leads. Based on the story of a mysterious temple, this film has the right ingredients for the entire family to throng the theaters. According to the latest update, the film is going super strong in the second week even with the arrival of Manoj’s Current Theega.

Innovative story, racy narration and the superb suspense factors are the major reasons for the film’s success. This is Nikhil’s back to back after Swami Ra Ra. Shekhar Chandra’s background score and music have become the talk of the town, and Karthikeya is all set to impress even further.