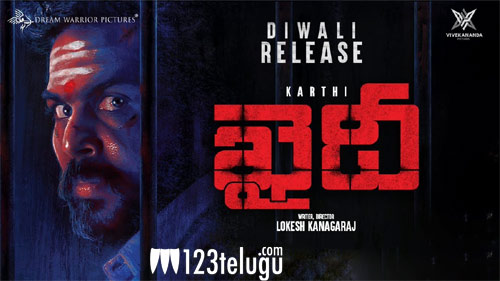 Hero Karthi’s eagerly awaited action thriller, Khaidi, has hit screens across the world this morning. The film’s story unfolds in just 4 hours and it also showcases the emotional bond between a life convict (Karthi) and his daughter.

Karthi’s intense and emotional performance will standout as one of the major highlights in Khaidi. Especially, his performance in a 3 minute non-stop shot which he okayed in a single take will be a treat to watch, according to the makers. Apart from this, Karthi also performed the stunts all by himself without any body double.

Directed by Lokesh Kanagaraj, Khaidi has been produced by SR Prabhu. The Telugu version is being released by noted producer Radha Mohan.