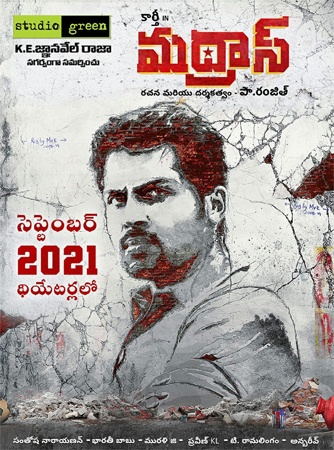 Kollywood star Karthi’s acclaimed Tamil drama, Madras, is gearing up for its theatrical release in Telugu this September. Madras released in 2014, and it’s interesting to see that the makers have decided to dub it in Telugu after 7 long years.

Madras is set in North Chennai backdrop and has caste politics as its main theme. The film received critical acclaim and was also a blockbuster at the box-office. Directed by Kaala and Kabali fame Pa Ranjith, Madras had Catherine Tresa as the female lead. Gnanavel Raja produced the movie. Stay tuned for the release date