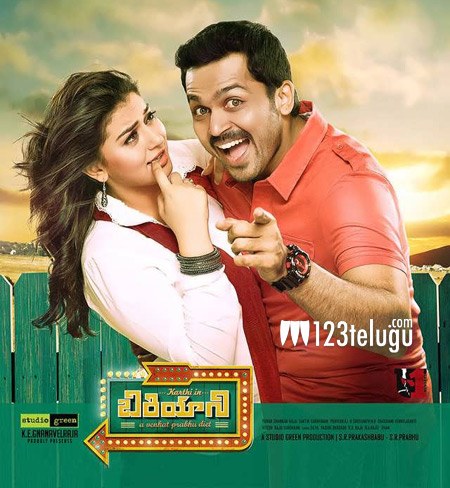 Karthi, Hansika starrer Biriyani is going to release simultaneously in Telugu and Tamil on December 20. Venkat Prabhu has directed the film and K E Gnanavel Raja has produced the film under Studio Green banner. In the past, Karthi’s films like Aawara, Naa Peru Shiva and to an extent Yugaaniki Okkadu have done well, although both his recent films Shakuni and Bad Boy failed to click.

According to some reports, Karthi will be seen as a playboy in Biriyani and it’s his most stylish film till date. The film revolves around two friends whose life changes dramatically one fine night. Like Venkat Prabhu’s previous films, Gambler, Goa and Saroja, even this film is expected to be a full fledged comedy.

Karthi and Hansika are pairing up for the first time and the film also has Premgi Amaren and Mandy Takhar in important roles. Yuvan Shankar Raja has scored the music.