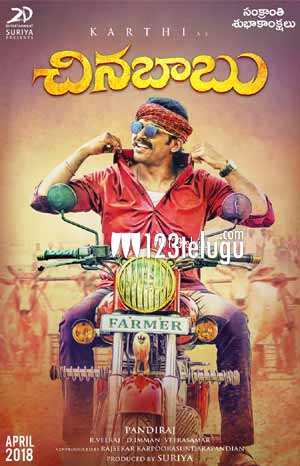 Less than two months after shocking everyone with his intense portrayal as a sincere cop in Khakee, Karthi is once again turning heads with his makeover for this upcoming film. Directed by Pandiraj, the film is a village based drama with plenty of action, comedy and romance.

The film has been titled as Chinababu, and Sayyeshaa is the lead actress in the film. The first poster was unveiled by Suriya, who revealed that Karthi will be seen as a farmer.

The film is going to be released later this year. More details are awaited.