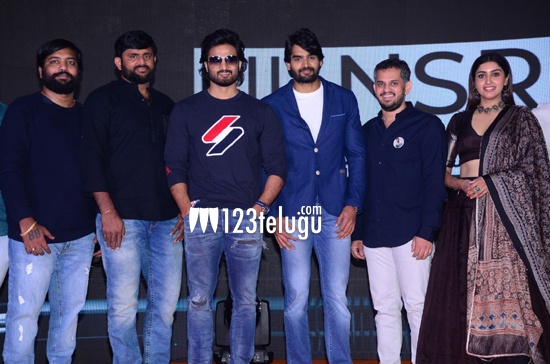 Speaking at the event, Kartikeya revealed the inspiration behind Raja Vikramarka’s title and it’s none other than Megastar Chiranjeevi. Karthikeya said that Raja Vikramarka is Megastar Chiranjeevi’s title. “I do not have such audacity to have my film titled after Megastar’s film’s title. But since my childhood, I have been imagining myself as Chiru whenever I watched his movies. When I watched Gang Leader, I became a Gang Leader myself. I believed that there’s no bigger eligibility than being a Chiru fan and thus, I took the decision of using Raja Vikramarka as my film’s title,” said Kartikeya.

Directed by Sri Saripalli, the film has young Tamil actress Tanya Ravichandran making her Tollywood debut as a heroine). 88 Ramareddy is bankrolling Raja Vikramarka under Sree Chitra Movie Makers banner and Adi Reddy is the CEO. Prashanth Vihari has composed the music.