Karunakaran works his magic for Endukante Premanta
Published on Mar 28, 2012 3:40 am IST 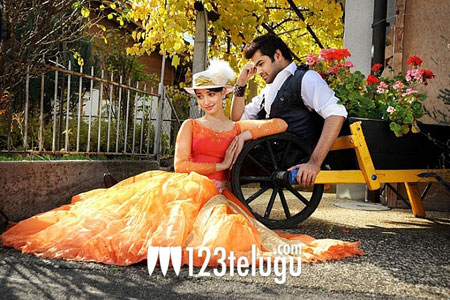 Young hero Ram and Tamanna’s romantic entertainer ‘Endukante Premanta’ is gearing up for release this summer.Sources familiar with the project say that the film has come out very well. Director Karunakaran has reportedly worked his magic and his unique stamp can be expected in each and every frame of the film. The stills which have been released so far show lovely chemistry between Ram and Tamanna.

Sravanthi Ravikishore is the producer of this film and music has been composed by G.V.Prakash. Radhika Apte, Suman and Raghu Babu are playing key roles in ‘Endukante Premanta’.