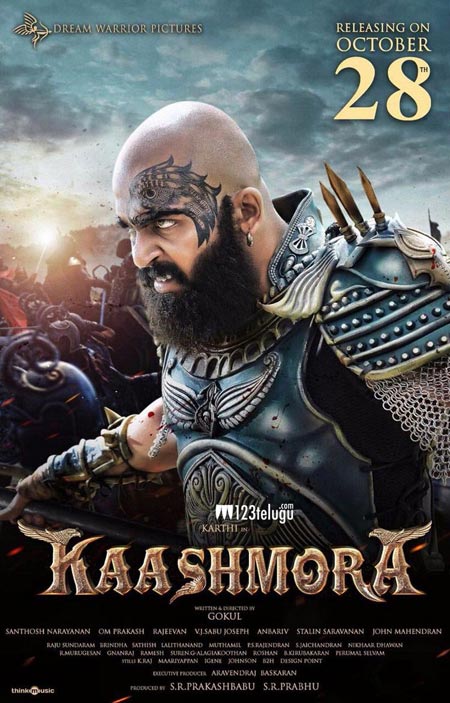 The festival time is nearing soon and with not many big budget films releasing this Diwali, the entire advantage has gone towards Karthi’s Kashmora. The war drama is ready for its release this week and has created a superb buzz with its trailers.

Karthi’s stunning new look has created wonders for the film. Other than this film, there is no major Telugu film releasing this Friday and this has disappointed many fans who want to see a star hero film for the festival.

For now, Karthi has all the advantage and time and if he manages to get a good talk, there is no stopping his film.