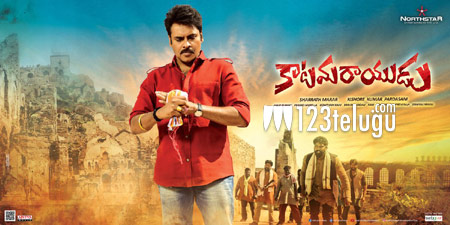 Powerstar Pawan Kalyan’s Katamarayudu is one of the most awaited films of the season. Going by the film’s trailer, which was released last night, it is quite clear that the film is going to be a feast for Pawan Kalyan’s fans and it has all the ingredients of a commercial potboiler.

The latest news is that the theatrical rights of the film for Tamil Nadu have been sold for a record Rs 90 lakhs. It is said to be the highest ever price for a Telugu-only film that is going to release all over Tamil Nadu and it shows how popular Pawan Kalyan is beyond the two Telugu speaking states. Although films of Rajamouli get a higher amount, they are either bilinguals or dubbed in Tamil; however, Katamarayudu is going to release as a straight Telugu film.

Directed by Dolly, the film also stars Shruti Haasan in the lead role. Sharrath Marar has produced it and Anup Rubens has scored the music. The film is slated for release on March 24.