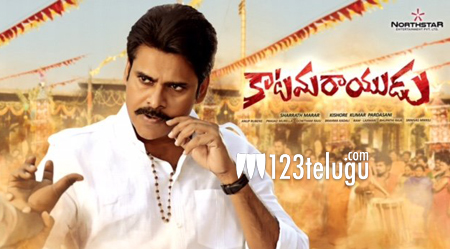 The power of Pawan Kalyan is not new to all. With every film of his, Pawan’s popularity has only reached new heights. All his films get a massive release all over the country. For the very first time now, his film Katamarayudu will be releasing in over 170 screens in just the city of Chennai alone.

This is huge and probably the first time that a Telugu star hero is getting such a wide release. Katamarayudu is the remake of the Tamil hit Veeram which had Tamil star hero Ajith as the main lead.

Meanwhile, the makers are in due plans to release the film in massive screens all over the world. Dolly directs this film which is produced by Sharath Marar.