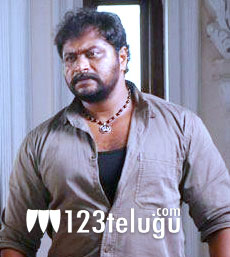 Who can forget the character of ‘Katraj’ from Prabhas’s movie ‘Chatrapathi’? That evil character was played by Supreeth. This talented actor is now making his Bollywood entry and he will be seen in ‘Rowdy Rathore’, the Hindi remake of our ‘Vikramarkudu’. Sanjay Leela Bhansali is producing this movie.

Akshay Kumar is the hero of this film and Prabhu Deva is the director. Supreeth is overjoyed at getting this chance and he says he is extremely happy to get into such a big production for his debut. ” I am extremely happy to make my Bollywood debut with such a major production house. Sanjay Leela Bhansali and Prabhu Deva have been giving me a lot of support and encouragement. I will be participating in some action sequences opposite Akshay Kumar from 9th Jan onwards”, said Supreeth.

Well, let us wish our ‘Katraj’ the very best for his new venture.