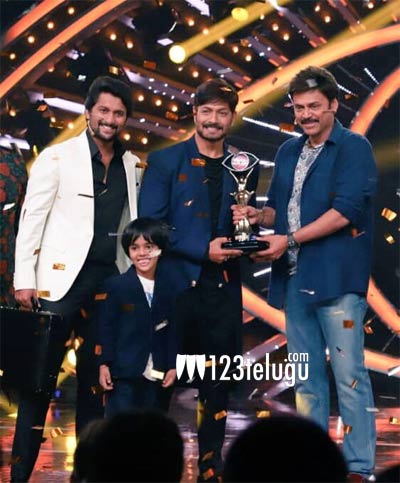 The grand finale of Bigg Boss Telugu Season 2 came to an end earlier today. And as expected, Kaushal won the top prize after a long season which went on for more than 110 days. The contestant won Rs 50 lakhs cash prize and a trophy.

In the end, Kaushal and Geetha Madhuri were competing for the top prize, and amidst some tense moments when Kaushal was declared the winner, he jumped with joy on stage. Victory Venkatesh was the guest of honour for the finale, and Nani bid adieu to the season as a host.

Soon after winning the prize, Kaushal said, “I lost my mother to cancer. I am going to use this cash prize to help others who are fighting against cancer.” He has already earned an immense fan following with his attitude, and with this announcement about how he is going to use the money, he has won a lot more appreciation from everyone.