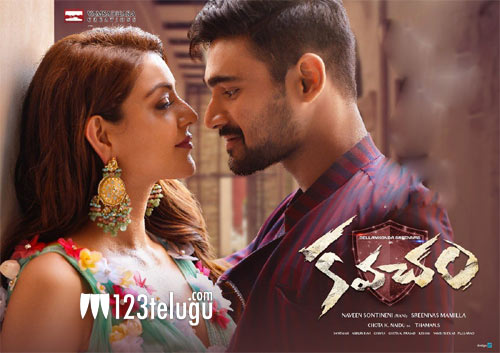 Young hero Bellamkonda Sai Sreenivas, Kajal Aggarwal and Mehreen Pirzada’s latest action entertainer, Kavacham, was supposed to hit screens in the US for Thursday night premieres at 6:30 am IST. However, due to some last minute glitches, the premieres didn’t take off on time as the KDMs were not delivered to exhibitors.

Now, the latest updates coming in from our sources reveal that Kavacham’s US premieres have finally begun in several locations across the US. Kavacham’s action-packed theatrical trailer had impressed mass action entertainers lovers. Also, Bellamkonda Sai and Kajal’s on-screen chemistry has been much-talked-about of late.

Srinivas Mamilla has directed Kavacham and Naveen Sontineni has produced the film. Thaman is the film’s music composer.