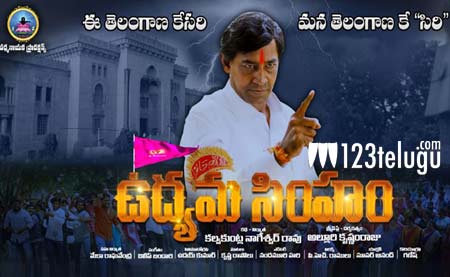 In this season of biopics, a film on Telangana Chief Minister KCR’s life, titled Udyama Simham, is gearing up for its release. Senior character artiste Nasser has essayed KCR’s role in the movie. Kalvakuntla Nageswara Rao produces the film, while Allauri Krishnam Raju is the director.

This evening, Udyama Simham makers unveiled to film’s first look poster. The audio album will be released on November 16 and the movie will hit theaters later this year. Nasser had watched numerous videos of the Telangana CM to get into his character. More details will be revealed at the audio launch event.