Keeravaani praises Thaman for his latest chartbuster
Published on Sep 20, 2018 1:30 am IST 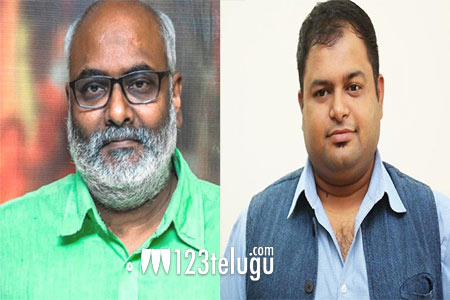 Music director Thaman is being flooded with compliments from almost everyone in the industry, thanks to his latest song, Peniviti, from Aravinda Sametha. While the song has already become a rage among NTR’s fans, Thaman was stunned when iconic music composer MM Keeravaani himself praised the song.

Praising Thaman for his composition, lyrics, orchestration, and singing, Keeravaani stated that Thaman has made a sad song sound quite grand and stylish, which is a rare thing to happen. No wonder, Thaman was floored to hear such compliments from the Baahubali’s music director.

Now it remains to be seen how this song has been picturised in the film.

Wat a day it’s been 🙂
Coming this from my guru dear @mmkeeravaani sir himself ♥️
Such a wonderful blessed day from all of u as well as my guru’s 🎵 pic.twitter.com/Lh2r1fyHyV