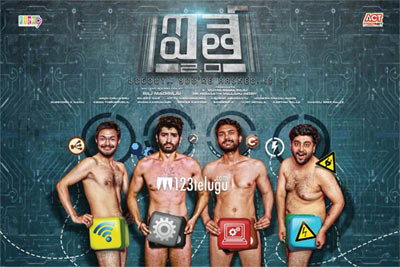 Aithe 2.0 is one film which has been creating a good buzz all over. The latest song ‘Ningi Pai’ from ‘Aithe 2.0’ was recently released by MM Keeravani.

Speaking during this occasion, Keeravani said, “I have listened to the song and it’s quite new. Arun Chiluveru is a contemporary talent. He is very good at melodious music. I have known him as an excellent guitarist. I am sure he will go big. The lyrics are also quite inspiring. I liked lines such as ‘Ashaga aashake aayuve penchaga’. The singer (Naresh Iyer) has also done great. I wish the entire team all the best”.

Aithe 2.0 is directed by Raj Madiraju and Vijay Ramaraju produces the film.