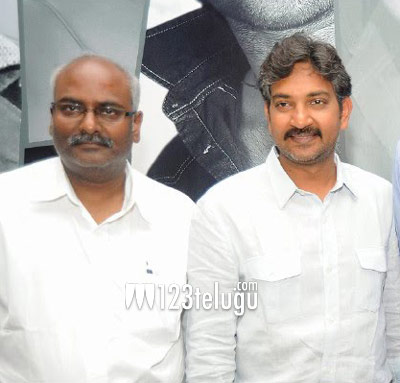 Ace film maker S S Rajamouli has been busy with his magnum opus Bahubali for quite some time now. As the entire unit is currently on a small break, Rajamouli had some time on his hands to unwind.

He took to twitter to express some interesting points, which his cousin and ace music director M M Keeravani told about today’s film making. Rajamouli tweeted Keeravani’s quote as “If the audience are expecting something, Fulfil it.. But If they predict something, Surprise them.”

This statement of Keeravni’s was very inspiring for the director and promised himself, that he would try his best to surprise his audience. What ever might be the base of the story, Rajamouli is one director who has definitely stunned the audience time and again with his stunning story telling.