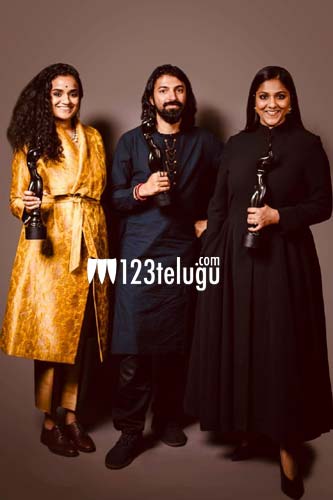 It was a proud moment last night for the makers of Mahanati, the acclaimed biopic on legendary yesteryear heroine Savithri. This blockbuster film bagged four main awards at the just concluded 66th Filmfare Awards South, which was held last night at the Nehru Indoor Stadium in Chennai.