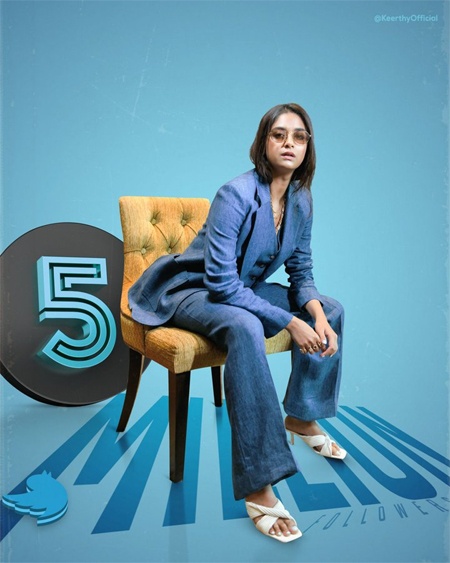 There is no denying the fact that Keerthy Suresh is one of the top actresses in the country. She is too busy with plenty of films in her kitty. Keerthy is pretty popular and active on social media platforms as well besides movies.

Now the news is that this national award-winning actress has amassed a massive 5 million followers on Twitter. This clearly indicates the popularity of the actress.

On the work front, Keerthy Suresh is currently playing the female lead in Natural star Nani’s Dasara. She is also playing the sister of Megastar Chiranjeevi in Bhola Shankar.