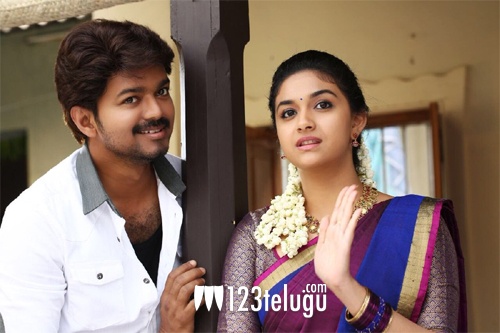 It is a known fact that Thalapathy Vijay will be doing a film in the direction of Vamsi Paidipally. The film was also announced a few days back.

Now, the news is that none other than Keerthy Suresh is in talks to play the female lead in this film. If this news turns to be true, it will be the third time that Keerthy will pair with Vijay.

Dil Raju produces this 66th film of Vijay and we need to see if she manages to bag this project or not.