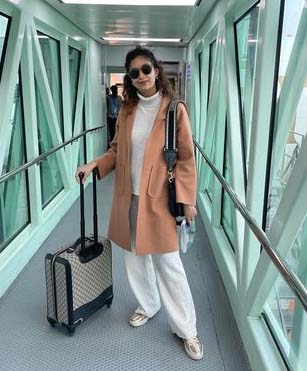 It is a known fact that Mahesh Babu is doing a film in the direction of Parasuram and the shooting is also in full swing. The latest update is that the first schedule of the film has been wrapped up.

The second schedule will start from tomorrow and Keerthy Suresh today started for Dubai to join the shoot. The film was supposed to start its shoot in the US but due to COVID, the makers chose Dubai.

Thaman is scoring music for this film which is being produced by Mythri Movie Makers and Mahesh Babu jointly. The film will be out during the next Sankranthi 2022 season.