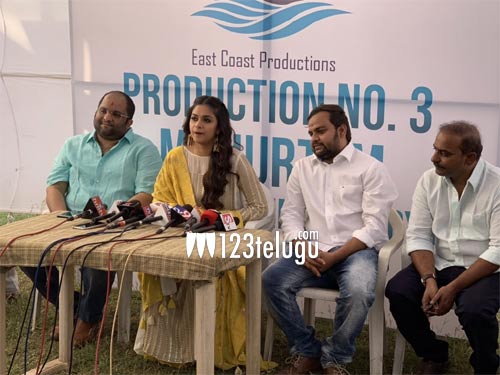 Post the massive success of Mahanati, Keerthy Suresh did not sign any Telugu film and kept everyone waiting in the wings. The latest we hear is that she has said yes to a film now.

The news is that Keerthy Suresh will be seen in a female-oriented film which will be directed by a newcomer called Narendra. The film was launched today and Kalyan Ram gave the first clap.

Mahesh Koneru of East Coast Productions will be producing this film which will be shot mostly in the US. The update is that the makers have come up with a superb script which will elevate Keerthy after the super success of Mahanati.

Kalyan Koduri will compose music for this film. More details of this film will be revealed soon.