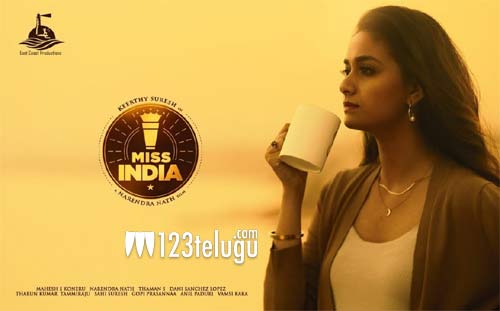 After winning the National Award, young heroine Keerthy Suresh is aiming the Miss India title. Not literally, but Keerthy Suresh’s next Telugu movie is titled Miss India. The makers unveiled the film’s title teaser today. The teaser showcased Keerthy at her glamorous best.

As per the latest updates, Miss India makers are planning to release the film either in October or November. The film’s entire shooting formalities have been wrapped up except for a minor patchwork. The post-production work is underway already. A major portion of the movie was shot in Spain.