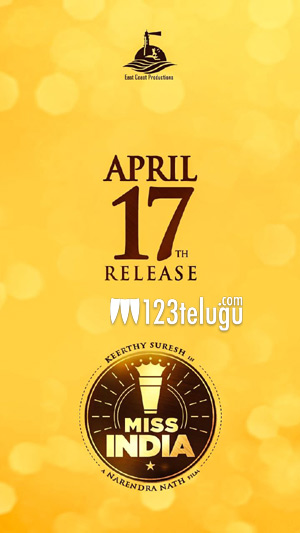 After the national award-winning biopic, Mahanati, young actress Keerthy Suresh will be seen in a female-centric film, titled Miss India. The film was supposed to hit screens on March 6th initially.

But the latest update is that Miss India will now be opening in cinemas on April 17th. Keerthy will be seen in a never before stylish avatar in Miss India. The film is being directed by debutant Narendranath and produced by Mahesh Koneru. Thaman has scored the soundtrack.